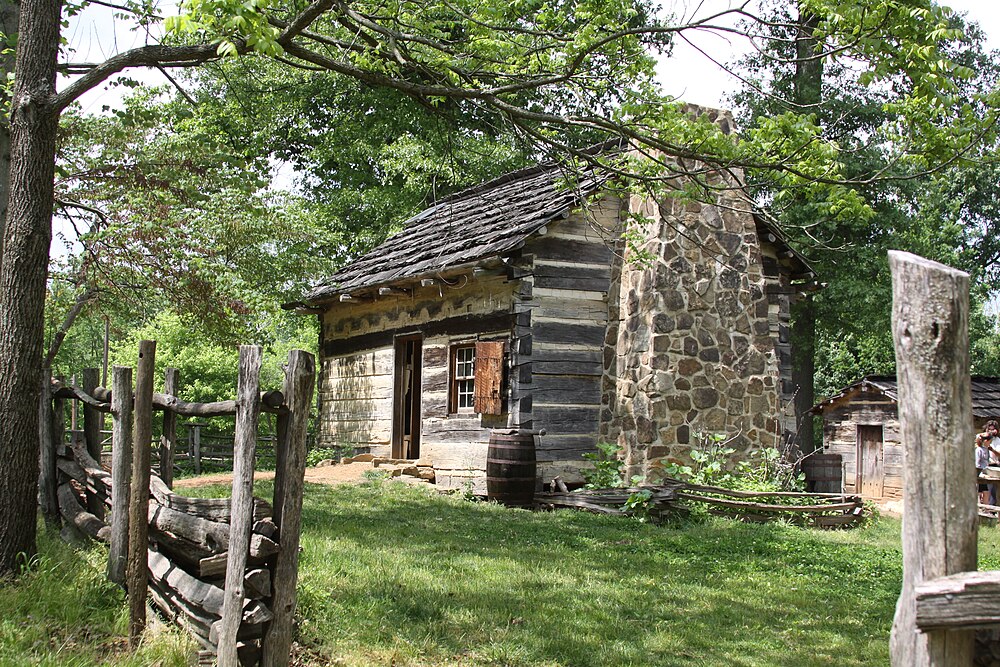 Lincoln Boyhood National Memorial is a United States presidential memorial and a National Historic Landmark District in Lincoln City, Indiana. It preserves the farm site where Abraham Lincoln lived with his family from 1816 to 1830. During that time, he grew from a 7-year-old boy to a 21-year-old man. His mother, Nancy Hanks Lincoln, and at least 27 other settlers were buried here in the Pioneer Cemetery. His sister Sarah Lincoln Grigsby was buried in the nearby Little Pigeon Baptist Church cemetery, across the street at Lincoln State Park.

Included in the park is the Lincoln Living Historical Farm. The Lincoln Boyhood Home was named a National Historic Landmark in 1960. In 2005 the site was visited by 147,443 people. On site is a visitor center, featuring a 15-minute orientation film about Lincoln’s time in Indiana, and museum and memorial halls. The site is located about ten minutes off the Interstate 64 / U.S. 231 junction and near the new U.S. 231 Route, named the Abraham Lincoln Memorial Parkway in his honor.

This article uses material from the Wikipedia article “Lincoln Boyhood National Memorial“, which is released under the Creative Commons Attribution-Share-Alike License 3.0.