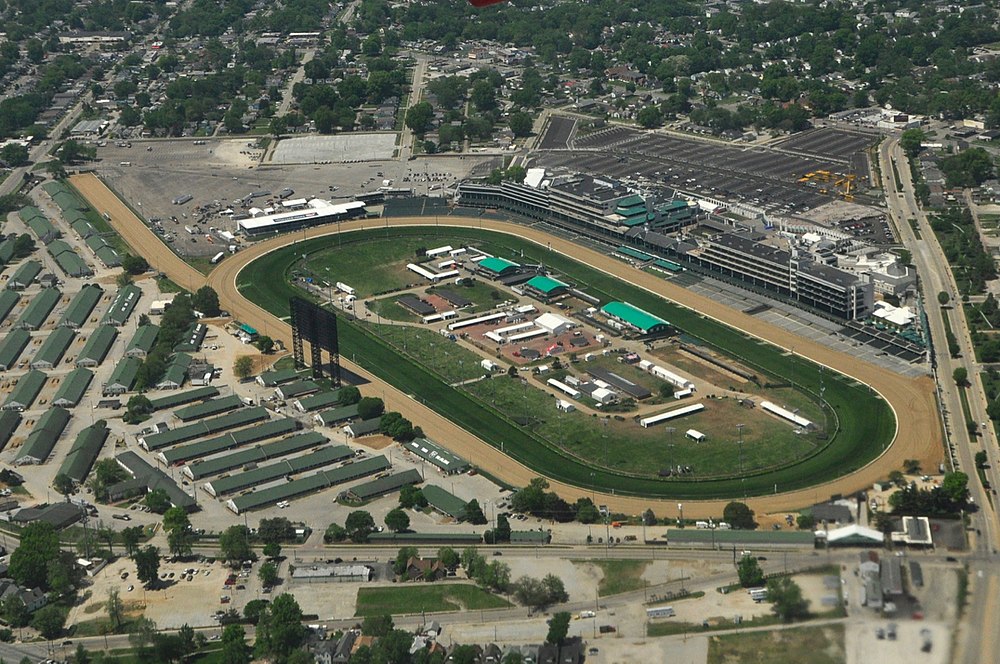 Churchill Downs is a horse racing complex located on Central Avenue in south Louisville, Kentucky, United States, famed for hosting the annual Kentucky Derby. It officially opened in 1875 and was named for Samuel Churchill, whose family was prominent in Kentucky for many years. The first Kentucky Derby, a Thoroughbred sweepstakes and part of today’s horse racing Triple Crown, and the first Kentucky Oaks were held in the same year. Churchill Downs has also hosted the renowned Breeders’ Cup on nine occasions, most recently on November 2 and 3, 2018. The racetrack is owned and operated by Churchill Downs Incorporated. With the infield open for the Kentucky Derby, the capacity of Churchill Downs is roughly 170,000. In 2009 the Horseplayers Association of North America introduced a rating system for 65 Thoroughbred racetracks in North America, which ranked Churchill Downs number 5 on its list.

In 2014, prior to the start of their spring meet, Churchill Downs announced an increase in parimutuel takeout rates. As a result of the takeout increase, Churchill Downs ranked number 22 in that year’s Horseplayers Association of North America Track Ratings.

Submit a review of Churchill Downs

This article uses material from the Wikipedia article “Churchill Downs“, which is released under the Creative Commons Attribution-Share-Alike License 3.0.