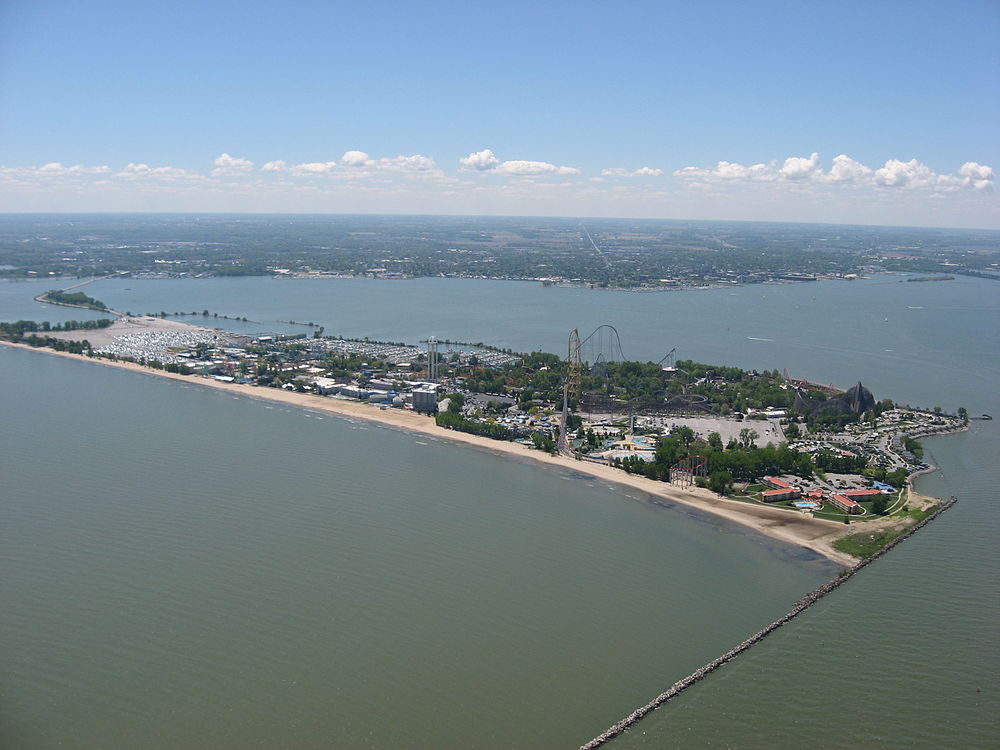 Cedar Point is a 364-acre (147 ha) amusement park located on a Lake Erie peninsula in Sandusky, Ohio, United States. Opened in 1870, it is considered the second-oldest operating amusement park in the U.S. behind Lake Compounce. Cedar Point is owned and operated by Cedar Fair and is the flagship of the amusement park chain. Known as “America’s Roller Coast”, the park features 16 roller coasters – fourth-most in the world behind Canada’s Wonderland and Energylandia (17), as well as Six Flags Magic Mountain (20). Cedar Point’s most recent roller coaster, Steel Vengeance, opened to the public on May 5, 2018. Cedar Point’s normal operating season runs from early May until Labor Day in September, after which it reopens only on weekends through Halloween, featuring events such as HalloWeekends. Other attractions near the park include a one-mile-long (1. 6 km) white-sand beach, an outdoor water park called Cedar Point Shores, an indoor water park called Castaway Bay, two marinas, an outdoor sports complex called Cedar Point Sports Center, and several nearby resorts.

The park has reached several milestones. It is the only amusement park in the world with five roller coasters that are at least 200 feet (61 m) in height – Magnum XL-200, Millennium Force, Top Thrill Dragster, Valravn, and Steel Vengeance – as well as the only one with roller coasters in all four height classifications. Cedar Point also received the Golden Ticket Award for “Best Amusement Park in the World” from Amusement Today for 16 consecutive years from 1997 to 2013. The park is in the top 20 amusement parks in the United States with an estimated 3. 6 million visitors in 2017. The park also has several buildings that are listed on the National Register of Historic Places.

Seven Essential Things To Do in Cleveland

Submit a review of Cedar Point

This article uses material from the Wikipedia article “Cedar Point“, which is released under the Creative Commons Attribution-Share-Alike License 3.0.