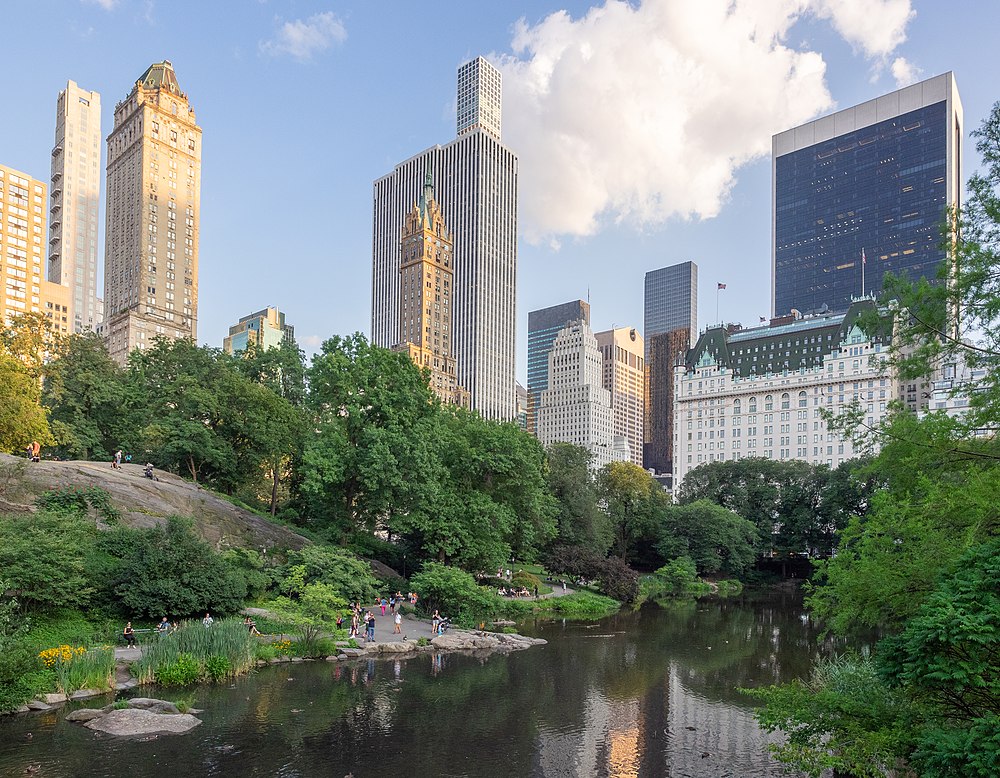 After proposals for a large park in Manhattan during the 1840s, it was approved in 1853 to cover 778 acres (315 ha). In 1857, landscape architects Frederick Law Olmsted and Calvert Vaux won a design competition for the park with their “Greensward Plan”. Construction began the same year; existing structures, including a majority-Black settlement named Seneca Village, were seized through eminent domain and razed. The park’s first areas were opened to the public in late 1858. Additional land at the northern end of Central Park was purchased in 1859, and the park was completed in 1876. After a period of decline in the early 20th century, New York City parks commissioner Robert Moses started a program to clean up Central Park in the 1930s. The Central Park Conservancy, created in 1980 to combat further deterioration in the late 20th century, refurbished many parts of the park starting in the 1980s.

Main attractions include landscapes such as the Ramble and Lake, Hallett Nature Sanctuary, the Jacqueline Kennedy Onassis Reservoir, and Sheep Meadow; amusement attractions such as Wollman Rink, Central Park Carousel, and the Central Park Zoo; formal spaces such as the Central Park Mall and Bethesda Terrace; and the Delacorte Theater. The biologically diverse ecosystem has several hundred species of flora and fauna. Recreational activities include carriage-horse and bicycle tours, bicycling, sports facilities, and concerts and events such as Shakespeare in the Park. Central Park is traversed by a system of roads and walkways and is served by public transportation.

Its size and cultural position make it a model for the world’s urban parks. Its influence earned Central Park the designations of National Historic Landmark in 1963 and of New York City scenic landmark in 1974. Central Park is owned by the New York City Department of Parks and Recreation but has been managed by the Central Park Conservancy since 1998, under a contract with the municipal government in a public–private partnership. The Conservancy, a non-profit organization, raises Central Park’s annual operating budget and is responsible for all basic care of the park.

Submit a review of Central Park

This article uses material from the Wikipedia article “Central Park“, which is released under the Creative Commons Attribution-Share-Alike License 3.0.

Check out more in:
City Parks