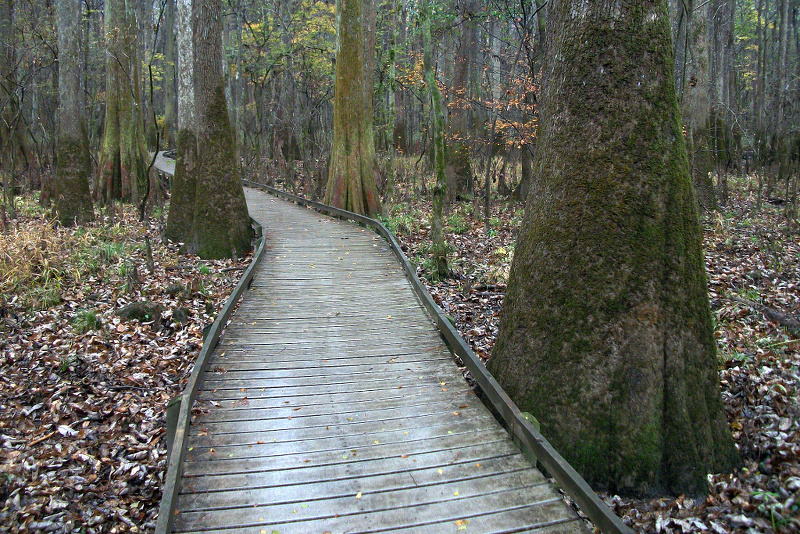 Congaree National Park is a 26,692. 6-acre (41. 7 sq mi; 108. 0 km2) American national park in central South Carolina, 18 miles southeast of the state capital, Columbia. The park preserves the largest tract of old growth bottomland hardwood forest left in the United States. The lush trees growing in its floodplain forest are some of the tallest in the eastern United States, forming one of the highest temperate deciduous forest canopies remaining in the world. The Congaree River flows through the park. About 15,000 acres (23. 4 sq mi; 60. 7 km2) are designated as a wilderness area.

The park received its official designation in 2003 as the culmination of a grassroots campaign that began in 1969. With 145,929 visitors in 2018, it ranks as the United States’ 10th-least visited national park, just behind Nevada’s Great Basin National Park.

This article uses material from the Wikipedia article “Congaree National Park“, which is released under the Creative Commons Attribution-Share-Alike License 3.0.