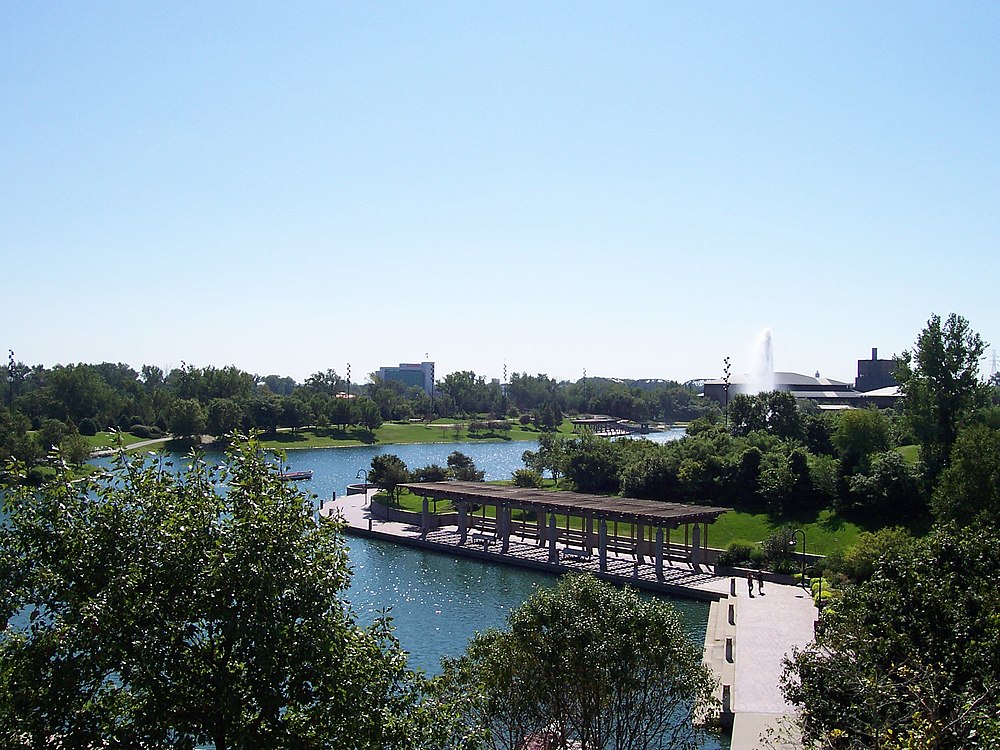 Heartland of America Park is a public park located at 800 Douglas Street in downtown Omaha, Nebraska. It has been closed for renovations since 2019 and will not reopen until 2023. The 31-acre (130,000 m2) park is situated between Interstate 80 and the Missouri River, and is adjacent to Gene Leahy Mall and the Old Market and connects to Lewis & Clark Landing. Where the park sits has been the site of exploration, expansion and now, recreation. Lewis and Clark reportedly discovered conspicuous earthen mounds when they explored the location in 1804. Historians speculate the mounds may have been natural or the remains of an Otoe village. Opened in 1990, the park was built on recovered after the controversial demolition of the Jobbers Canyon Historic District. The area, filled with warehouses dating to the 1870s, was integral to the growth and development of Omaha.

Submit a review of Heartland of America Park

This article uses material from the Wikipedia article “Heartland of America Park“, which is released under the Creative Commons Attribution-Share-Alike License 3.0.