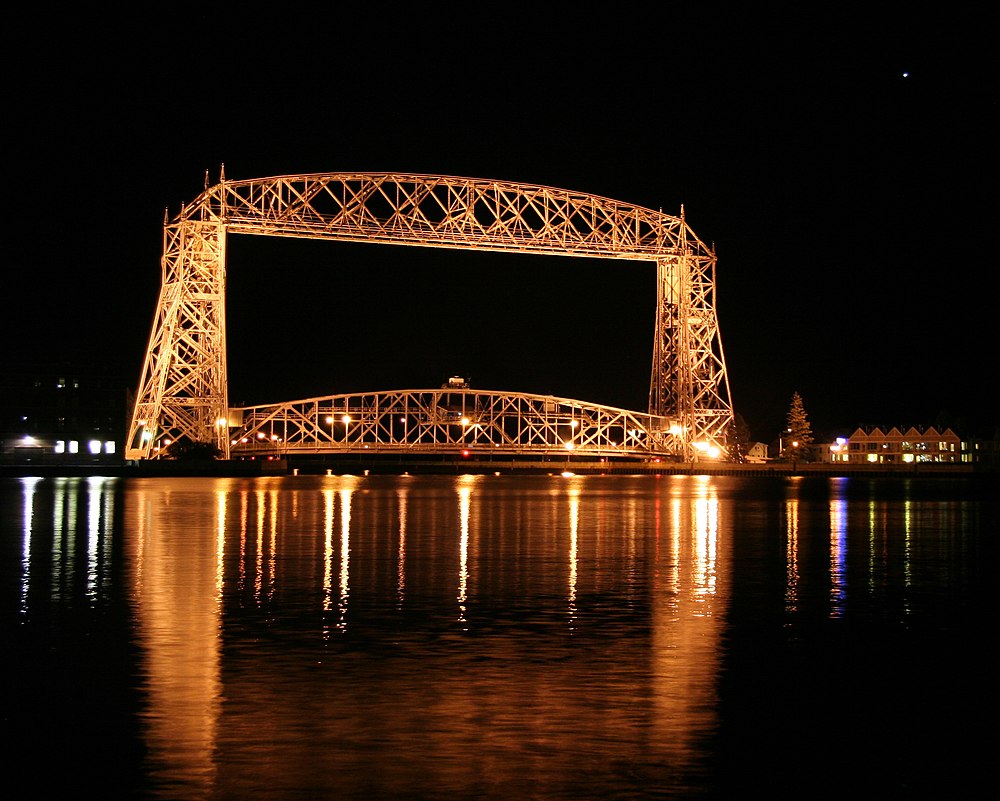 The Aerial Lift Bridge, earlier known as the Aerial Bridge or Aerial Ferry Bridge, is a landmark in the port city of Duluth, Minnesota. The span began life in 1905 as the United States’ first transporter bridge: Only one other was ever constructed in the country, Sky Ride in Chicago. The span was converted in 1929–1930 to a vertical-lift bridge — also rather uncommon, although there are six such bridges along Ontario’s Welland Canal — and continues to operate today. The bridge was added to the National Register of Historic Places on May 22, 1973. The bridge is owned and operated by the City of Duluth. The United States Army Corps of Engineers maintains a nearby maritime museum.

This article uses material from the Wikipedia article “Aerial Lift Bridge“, which is released under the Creative Commons Attribution-Share-Alike License 3.0.