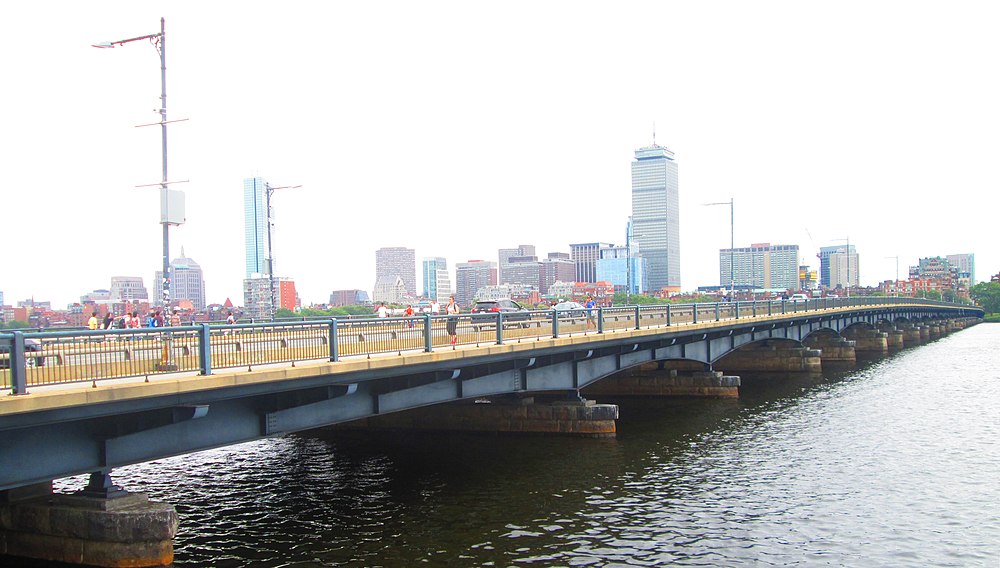 The Harvard Bridge (also known locally as the MIT Bridge, the Massachusetts Avenue Bridge, and the “Mass. Ave. ” Bridge) is a steel haunched girder bridge carrying Massachusetts Avenue (Route 2A) over the Charles River and connecting Back Bay, Boston with Cambridge, Massachusetts. It is the longest bridge over the Charles River at 2,164. 8 feet (387. 72 sm; 659. 82 m). After years of infighting between the cities of Boston and Cambridge, the bridge was built jointly by the two cities between 1887 and 1891. It was named for Harvard University founder John Harvard. Originally equipped with a central swing span, it was revised several times over the years until its superstructure was completely replaced in the late 1980s due to unacceptable vibration and the collapse of a similar bridge.

The bridge is known locally for being marked off in the idiosyncratic unit of length called the smoot.

Submit a review of Harvard Bridge

This article uses material from the Wikipedia article “Harvard Bridge“, which is released under the Creative Commons Attribution-Share-Alike License 3.0.