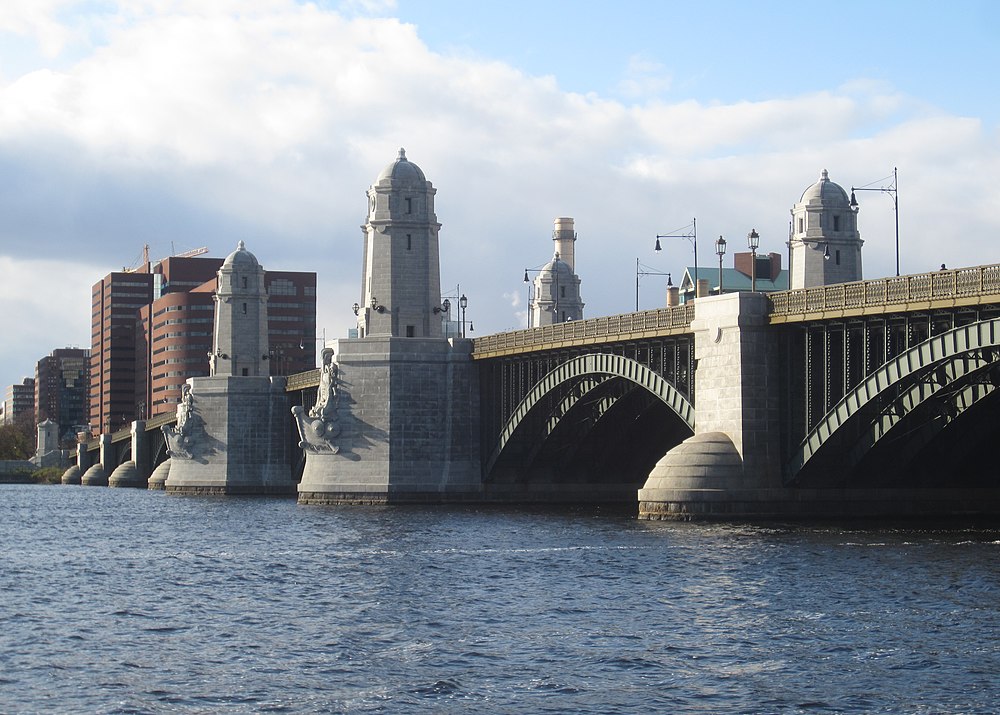 The Longfellow Bridge is a steel rib arch bridge spanning the Charles River to connect Boston’s Beacon Hill neighborhood with the Kendall Square area of Cambridge, Massachusetts. The bridge carries Massachusetts Route 3, US Route 3, the MBTA Red Line, bicycle, and pedestrian traffic. The structure was originally known as the Cambridge Bridge, and a predecessor structure was known as the West Boston Bridge; Boston also continued to use “West Boston Bridge” officially for the new bridge. The bridge is also known to locals as the “Salt-and-Pepper Bridge” due to the shape of its central towers. The bridge falls under the jurisdiction and oversight of the Massachusetts Department of Transportation (MassDOT). The bridge carries approximately 28,600 cars and 90,000 mass-transit passengers every weekday. A portion of the MBTA subway’s elevated Charles/MGH station lies at the eastern end of the bridge, which connects to Charles Circle.

Submit a review of Longfellow Bridge

This article uses material from the Wikipedia article “Longfellow Bridge“, which is released under the Creative Commons Attribution-Share-Alike License 3.0.