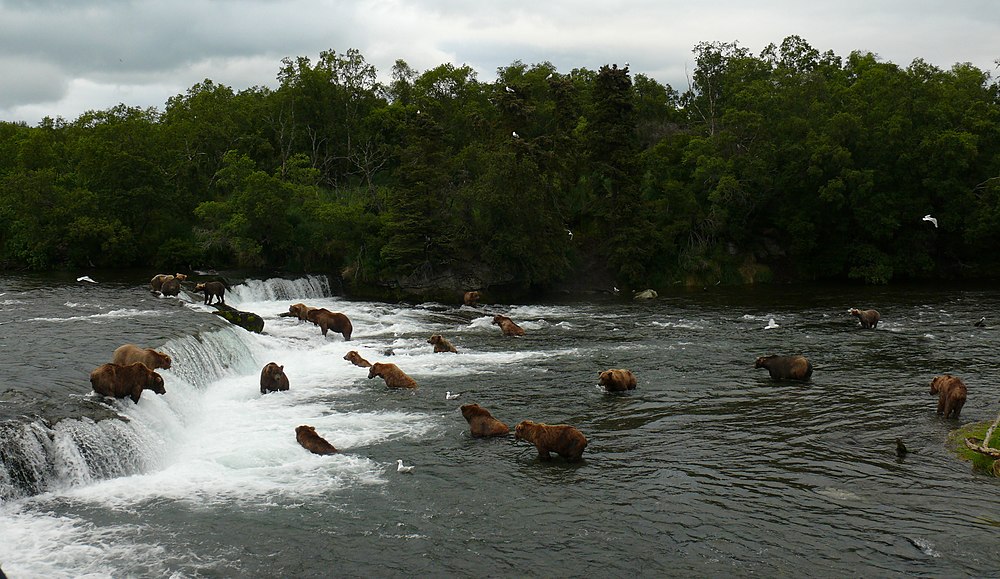 Brooks Falls is a waterfall located within Katmai National Park and Preserve in Alaska. Located on the Brooks River a mile and a half (2. 4 km) from Brooks Lake and an equal distance from Naknek Lake, the falls are famous for watching salmon leap over the 6 foot (1. 8 m) falls to get to their Brooks Lake spawning grounds. Consequently, large populations of brown bears, also called grizzly bears, are attracted to feed on the spawning salmon. Brown bears usually congregate at the falls in July through early September, and many well-known photos of bears have been taken there. July witnesses the greatest concentrations of bears of any month at the falls; up to 25 bears have been seen at one time at Brooks Falls in that month. In September, a smaller number of bears (maximum about 18 at one time) can be seen at the falls to feast on the later salmon runs.

Submit a review of Brooks Falls

This article uses material from the Wikipedia article “Brooks Falls“, which is released under the Creative Commons Attribution-Share-Alike License 3.0.

Check out more in:
Waterfalls