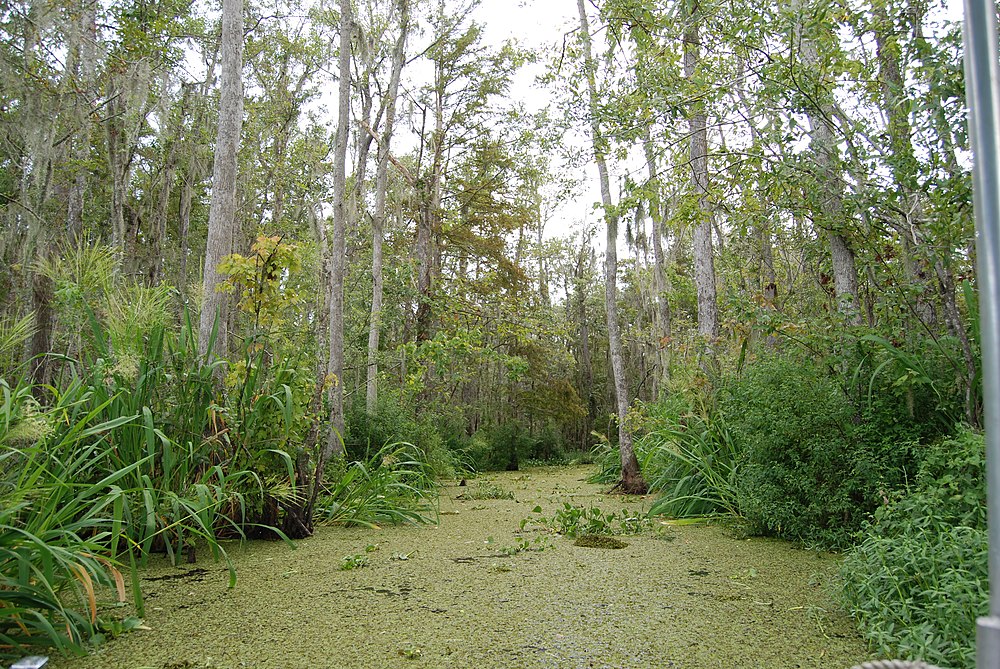 The Honey Island Swamp (French: Marais de l’Île-de-Miel) is a marshland located in the eastern portion of the U.S. state of Louisiana in St. Tammany Parish. Honey Island earned its name due to the abundance of honey bees once seen on a nearby isle. The swamp is bordered on the north by U.S. 11, on the south by Lake Borgne, on the east by the Pearl River and the west by the West Pearl River. The swamp is located within the Pearl River wildlife management area and managed by the Louisiana Department of Wildlife and Fisheries. It is one of the least-altered river swamps in the United States. Considered by many to be one of the most pristine swampland habitats in the United States, the Honey Island Swamp covers an area that is over 20 miles (30 km) long and nearly 7 miles (10 km) across, with 35,619 of its 70,000 acres (280 km2) government sanctioned as permanently protected wildlife area.

This article uses material from the Wikipedia article “Honey Island Swamp“, which is released under the Creative Commons Attribution-Share-Alike License 3.0.