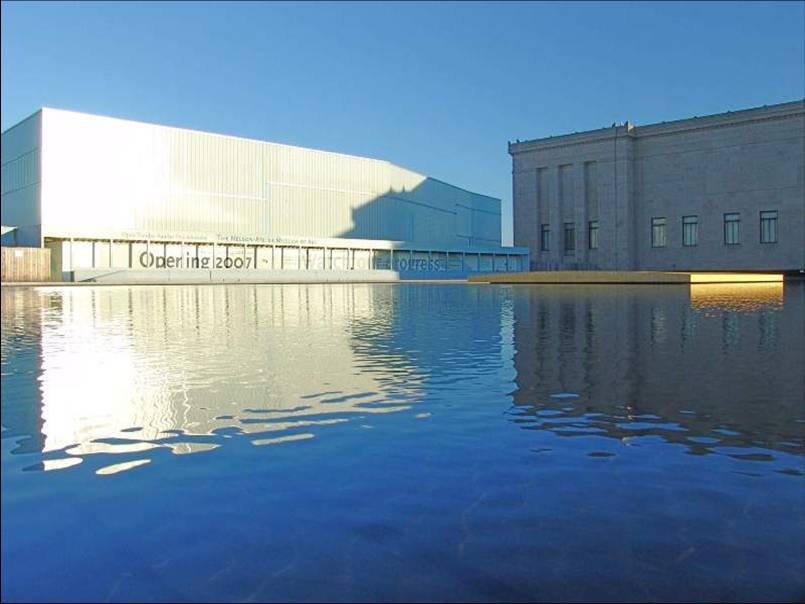 The Nelson-Atkins Museum of Art is an art museum in Kansas City, Missouri, known for its encyclopedic collection of art from nearly every continent and culture, and especially for its extensive collection of Asian art.

In 2007, Time magazine ranked the museum’s new Bloch Building number one on its list of “The 10 Best (New and Upcoming) Architectural Marvels” which considered candidates from around the globe. On September 1, 2010, Julián Zugazagoitia (b. 1964) became the museum’s fifth Director. Zugazagoitia had previously served for seven years as the Director and CEO of El Museo del Barrio in New York City.

The museum is open five days a week: Monday from 10 am-5 pm, closed Tuesday and Wednesday, open Thursday 10-5, Friday 10-9, Saturday and Sunday 10-5. To maintain social distancing in the galleries, visitors must reserve a timed admission ticket online or by phone.

Submit a review of Nelson-Atkins Museum of Art

This article uses material from the Wikipedia article “Nelson-Atkins Museum of Art“, which is released under the Creative Commons Attribution-Share-Alike License 3.0.