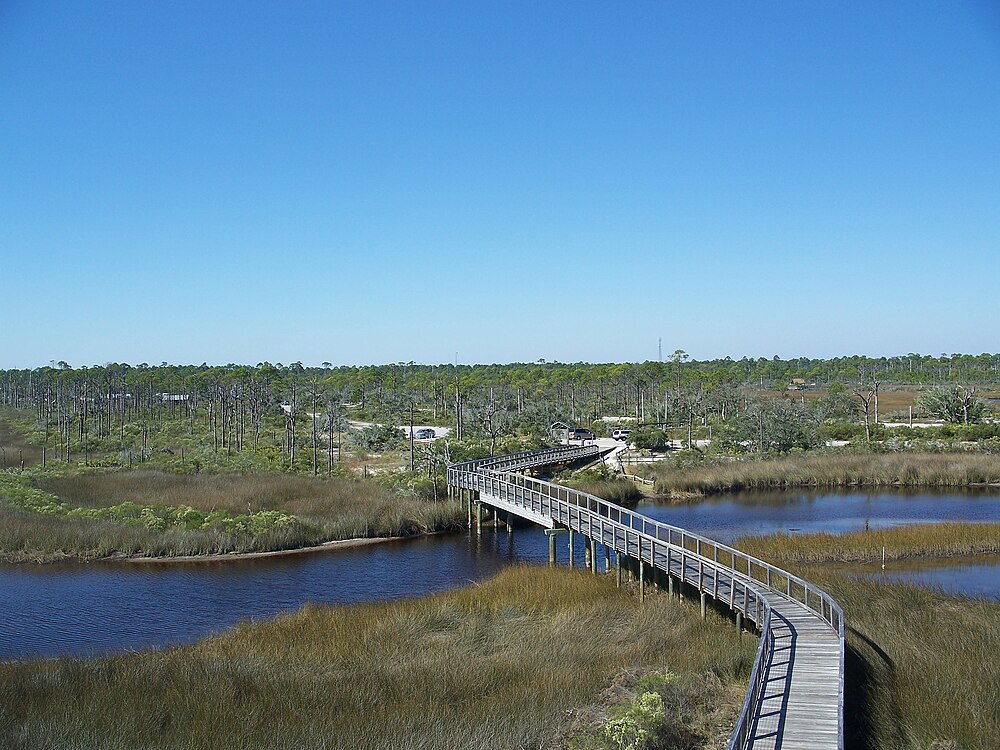 First acquired in 1977, Big Lagoon State Park is a 705-acre (2. 85 km2) Florida State Park located on the northwestern Florida coast, approximately 10 miles (16 km) southwest of Pensacola on Gulf Beach Highway. It encompasses the northern boundary of Big Lagoon as it snakes toward Pensacola Bay to the east. Wild Grande Lagoon and its minor tributaries lay within the boundaries of the park, as does the alligator-inhabited Long Pond, a man-made freshwater pond.

The park includes several archaeological sites. Park development in the 1980s partially disturbed a middens from the Woodland period. This and other evidence points to historical use of this maritime habitat to forage on abundant shell fish. The park is a ‘gateway site’ for the Great Florida Birding Trail. It features nine distinct natural communities including estuarine tidal marsh, mesic flatwoods, wet flatwoods, and is dominated by scrubby flatwoods. The park features a number of threatened and endangered species such as the large-leaved jointweed, gopher tortoise, migratory shorebirds such as snowy plover, least tern among some twenty other listed species.

This article uses material from the Wikipedia article “Big Lagoon State Park“, which is released under the Creative Commons Attribution-Share-Alike License 3.0.