The majority of the 461,901-acre (186,925 ha) park, drained by the Middle and South Forks of the Kings River and many smaller streams, is designated wilderness. Tourist facilities are concentrated in two areas: Grant Grove, home to General Grant (the second largest tree in the world, measured by trunk volume) and Cedar Grove, located in the heart of Kings Canyon. Overnight hiking is required to access most of the park’s backcountry, or high country, which for much of the year is covered in deep snow. The combined Pacific Crest Trail/John Muir Trail, a backpacking route, traverses the entire length of the park from north to south.

General Grant National Park was initially created to protect a small area of giant sequoias from logging. Although John Muir’s visits brought public attention to the huge wilderness area to the east, it took more than fifty years for the rest of Kings Canyon to be designated a national park. Environmental groups, park visitors and many local politicians wanted to see the area preserved; however, development interests wanted to build hydroelectric dams in the canyon. Even after President Franklin D. Roosevelt expanded the park in 1940, the fight continued until 1965, when the Cedar Grove and Tehipite Valley dam sites were finally annexed into the park.

As visitation rose post–World War II, further debate took place over whether the park should be developed as a tourist resort, or retained as a more natural environment restricted to simpler recreation such as hiking and camping. Ultimately, the preservation lobby prevailed and today, the park has only limited services and lodgings despite its size. Due to this and the lack of road access to most of the park, Kings Canyon remains the least visited of the major Sierra parks, with just under 700,000 visitors in 2017 compared to 1. 3 million visitors at Sequoia and over 4 million at Yosemite.

This article uses material from the Wikipedia article “Kings Canyon National Park“, which is released under the Creative Commons Attribution-Share-Alike License 3.0. 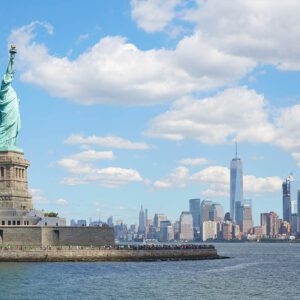