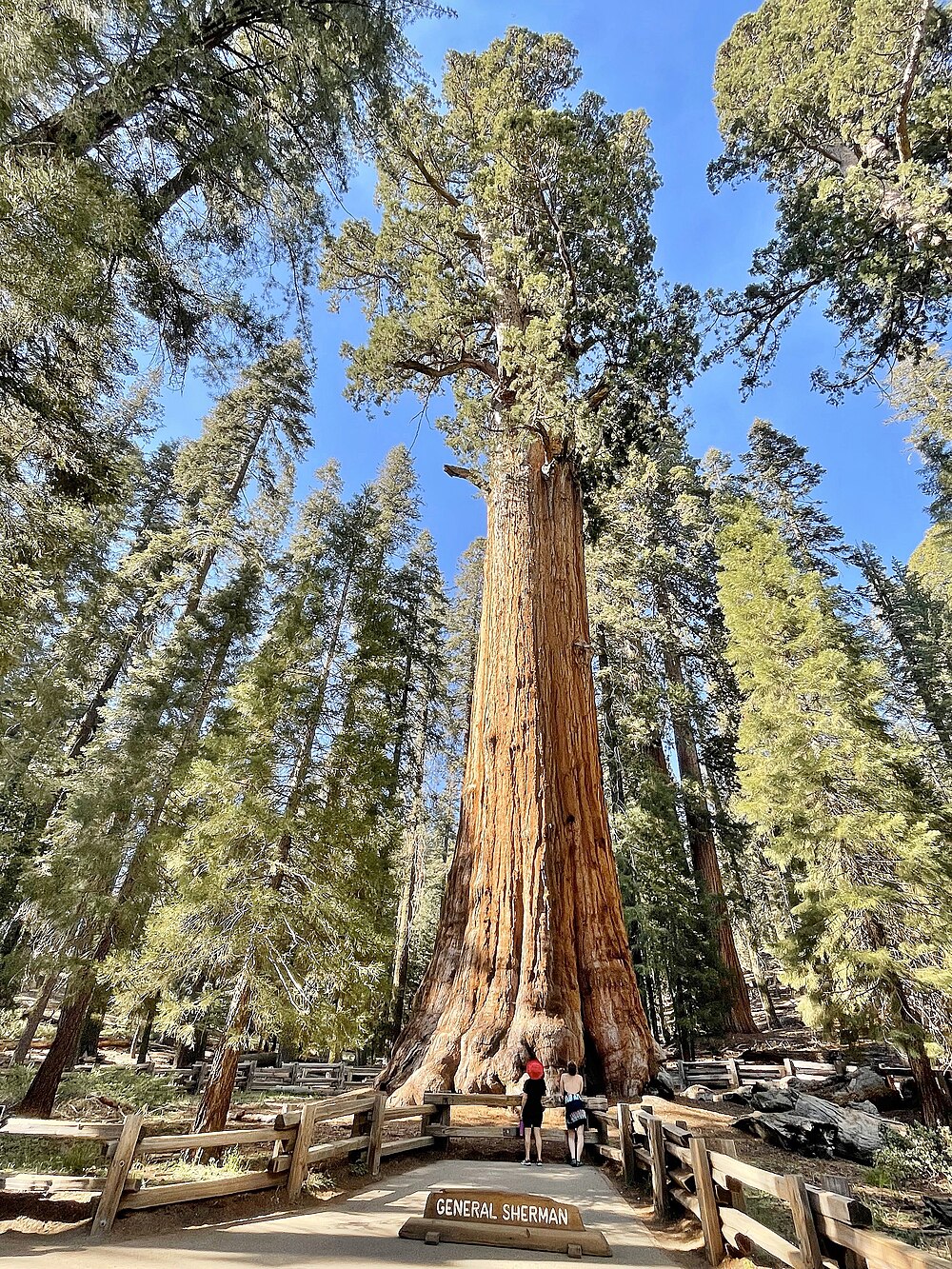 Sequoia National Park is an American national park in the southern Sierra Nevada east of Visalia, California. The park was established on September 25, 1890, to protect 404,064 acres (631 sq mi; 163,519 ha; 1,635 km2) of forested mountainous terrain. Encompassing a vertical relief of nearly 13,000 feet (4,000 m), the park contains the highest point in the contiguous United States, Mount Whitney, at 14,505 feet (4,421 m) above sea level. The park is south of, and contiguous with, Kings Canyon National Park; both parks are administered by the National Park Service together as the Sequoia and Kings Canyon National Parks. UNESCO designated the areas as Sequoia-Kings Canyon Biosphere Reserve in 1976. The park is notable for its giant sequoia trees, including the General Sherman tree, the largest tree on Earth by volume. The General Sherman tree grows in the Giant Forest, which contains five of the ten largest trees in the world. The Giant Forest is connected by the Generals Highway to Kings Canyon National Park’s General Grant Grove, home of the General Grant tree among other giant sequoias. The park’s giant sequoia forests are part of 202,430 acres (316 sq mi; 81,921 ha; 819 km2) of old-growth forests shared by Sequoia and Kings Canyon National Parks. The parks preserve a landscape that was first cultivated by the Monachee tribe, the southern Sierra Nevada before Euro-American settlement. The national park was partially closed in September 2020 due to the Sequoia Complex wildfire, and again from mid-September through mid-December 2021 due to the KNP Complex Fire.

Want to get paid $50k to Travel the National Parks? Michelob is hiring!

This article uses material from the Wikipedia article “Sequoia National Park“, which is released under the Creative Commons Attribution-Share-Alike License 3.0.