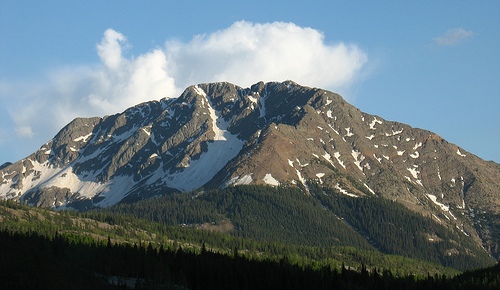 The Durango and Silverton Narrow Gauge Railroad passes through the National Forest.

The name of the forest comes from the San Juan River, which was originally called the Rio San Juan, after Saint John the Baptist (San Juan Bautista in Spanish).

This article uses material from the Wikipedia article “San Juan National Forest“, which is released under the Creative Commons Attribution-Share-Alike License 3.0.