Blanchard Springs Caverns is a cave system located in the Ozark–St. Francis National Forest in Stone County in northern Arkansas, 2 miles off Highway 14 a short distance north of Mountain View. It is the only tourist cave owned by the United States Forest Service and the only one owned by the Federal government outside the National Park System. Blanchard Springs Caverns is a three-level cave system, all of which can be viewed on guided tours.

The Dripstone Trail runs through the uppermost level of caverns for about a half-mile and opened in 1973. The Discovery Trail opened in 1977 and loops through a 1. 2-mile section of the cavern, descending to the lower level of the cave, 366 feet underground, as well as to the Natural Entrance, about 100 feet below ground at that point, following the stream bed of the springs that created the cavern. This trail includes the Rimstone Dams, which create pools along the stream bed, and the Ghost Room, a small but very well decorated room in the uppermost level, with its huge white flowstone. Also offered is a “Wild Cave” tour which allows access to undeveloped parts of the cave to more adventurous visitors. It follows the upstream section of the cave, allowing visitors to see all three levels as the original explorers did, continuing beyond where the Discovery Trail ends.

This article uses material from the Wikipedia article “Blanchard Springs Caverns“, which is released under the Creative Commons Attribution-Share-Alike License 3.0.

If you are traveling through western Montana, Missoula offers a wonderful stopping point on your way to the many national parks and nearby wilderness areas. For the outdoor enthusiast, there are few places better in the western United States, offering activities and locations that promise adventure, fun, and the renewal of your spirit. 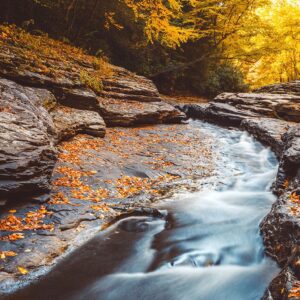 Whether you're seeking adrenalin-rush adventures or family-friendly activities, Ohiopyle State Park in Western Pennsylvania has it all.

Looking to visit your first National Park? While you could visit any of the 62 parks and not likely come away disappointed, there's a few that stand above the pack for their spectacular scenery and awe-inspiring features. Here's our ranking of the best National Parks in America.

It’s the end of September and that means the leaves are starting to turn in the mountains, while foggy mornings make for some impressive photographs. With thousands of trails in…

Soak up the Sunset at Joshua Tree National Park

Every time I visit Joshua Tree National Park, I come away with a rejuvenated appreciation for the grandeur of the California desert.

Looking for a road trip with funky dive bars, music history, incredible vistas and enchanting landscapes of the southwest? Take a legendary 10-state road trip from Nashville to Las Vegas, with plenty of wild and wacky stops along the way.

After I finally made the trip to Jackson, Wyoming, and spent a few days exploring, I wondered: What took me so long, and why aren’t more people talking about Grand Teton National Park?

Want to see the best of the Midwest? This Chicago-to-Denver road trip is more scenic than Route 66, and it hits many of the highlights from the Windy City to Rocky Mountains, and much more.

On a recent long weekend, I wandered the PNW with a fantastic drive around the region highlighted by stops at Mt. Rainier, the Columbia River Gorge, Mt. Hood, before a fantastic day on the breathtaking Oregon Coast.