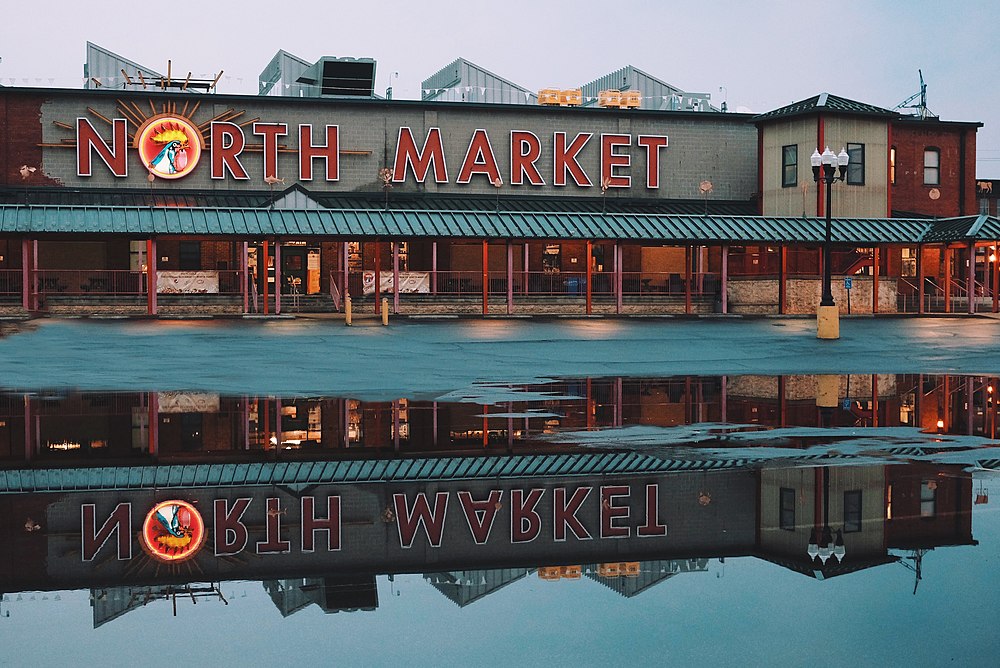 North Market is a food hall and public market in Columbus, Ohio. The Downtown Columbus market was established in 1876, and was the second of four founded in Columbus. The market is managed by the non-profit North Market Development Authority (NDMA), which also manages North Market Bridge Park, a market in Dublin, Ohio. The downtown market hosts about 35 vendors. About one third of these sell ready-to-eat foods, one third sell specialty goods, and the remaining portion sell produce, flowers, meat and fish, cookware, and gifts. The NDMA also hosts a weekly farmer’s market from June to October outside the market building. The Dublin market, completed in 2020, was designed to be more modern than the downtown location. The new market has 30,000 sq ft (2,800 m2) of space, two-thirds of which is for the public. The market has 15 vendors, with a total capacity of 19.

Submit a review of North Market

This article uses material from the Wikipedia article “North Market“, which is released under the Creative Commons Attribution-Share-Alike License 3.0.

Check out more in:
Attractions