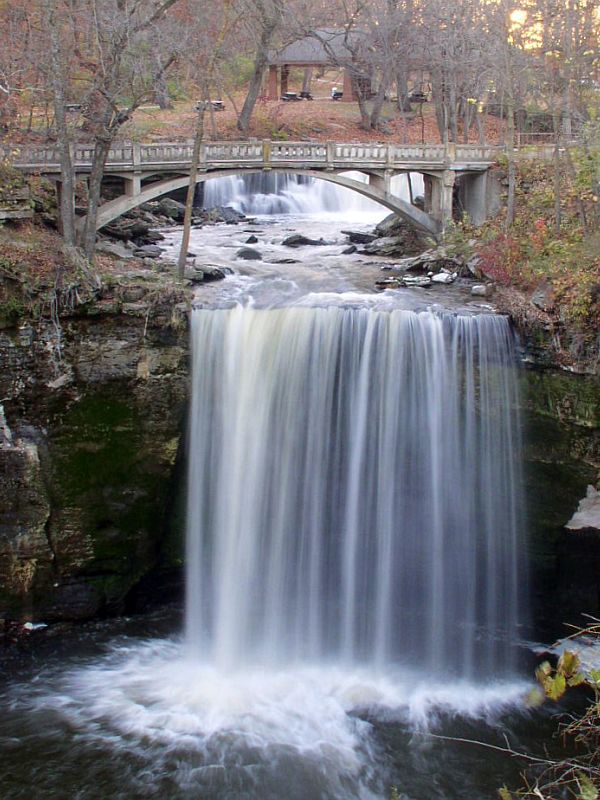 Minneopa State Park is a state park in the U.S. state of Minnesota. It was established in 1905 to preserve Minneopa Falls, a large waterfall for southern Minnesota, and was expanded in the 1960s to include the lower reaches of Minneopa Creek and a large tract of prairie. Minneopa is Minnesota’s third oldest state park, after Itasca and Interstate. Two park resources are listed on the National Register of Historic Places: the 1862 Seppman Mill and a district of seven Rustic Style structures built by the Works Progress Administration in the late 1930s. The park is located almost entirely on the south side of the Minnesota River, 3 miles (4. 8 km) west of Mankato. In 2015 the state reintroduced American bison to the park in a 330-acre (130 ha) fenced enclosure, through which visitors can drive in their vehicles.

This article uses material from the Wikipedia article “Minneopa State Park“, which is released under the Creative Commons Attribution-Share-Alike License 3.0.